A Taste of History
“O’ Taste and See”

This is the best blend of melody, power,
lyrics and piano riffs you’ve heard in a long time.
Toss in a fresh anointing…it’s all here!
Everyone agrees:  mmm…delicious!

This recipe wasn’t cooked up overnight.  It started on a mild fall night in Hampton Roads, VA, 1990.  James Carlton, a pianist just in from Chula Vista,  California, was asked to join a jam session with two well-known local musicians at a rehearsal site on Andrews Blvd in the city of Hampton.  However, upon arrival at the site, the musicians discovered a female vocal group had also scheduled the same site to rehearse.  The musicians were asked to be patient while the singers wrapped up.  As of eleven o’clock p.m., the vocalists were still working on material.  James offered to assist the group to complete their last song.  They were then joined by the other musicians. The night that started so badly ended well, with the musicians and the vocalists finding a new respect and appreciation for each other.  Thus, the birthing of something new.

The singing group consisted of five vocalists, one of whom was Theresa Nickens, and was known as “Psalms.”  Psalms departed the rehearsal site, and the band had their jam session.  The night was a total success.  Talks between the band and Psalms were soon underway, but James Carlton was excluded and ultimately replaced with a pianist from Richmond, Virginia.  Psalms thought James made this decision.  However, an inquiry by Theresa revealed that James was not aware of what was going on.  Months  later, while at work on a secured line and in a secured building, James received a call.  Thinking it was company business or an emergency, he was surprised to hear Theresa on the other end.  She explained that Psalms had a program coming up soon, and that she wanted him to play that song from the rehearsal night.  He agreed.  The performance was exceptional!  It was then that all parties realized that this was going to be something special.

The band and Psalms agreed to combine under the name Psalms.  Following that performance, Psalms went on to have  several rehearsals, and increased in confidence and momentum.  Soon after, however, most of the band left to form another  group.  One of the singers who worked with members of the band also left.  The remaining members were James on piano, and a singer/organist for musicians, and three vocalists.  This group performed and became well known on the peninsula.  James observed the level of commitment and how tightly the group was knitted, and decided to share some original material with the group.  While working on the new material, another vocalist moved her church membership from one church to another, and later became romantically involved at her new church.  Citing the group took too much of her time, she too resigned.  The organist/singer got the position as Minister of Music at a church on the peninsula, and no longer shared the group’s vision.  He also left.  The remaining members vowed not to quit.

Blessed with a new sound, a new attitude, a new look, and a fresh anointing, the group decided to change their name.  A one word name was preferred, but when that proved too difficult of a task, Theresa suggested we used The Carlton Singers for the time being.  A temporary suggestion, this name stuck.  The Carlton Singers  advertised locally for replacement singers, and through a local radio station their needs were met.  With the addition of two new voices, the group jelled together, performing and working on original music for years.  The group decided to break for the Christmas holidays, and reunite in January.  When it was time to come back, the group discovered the two newest vocals had left the group (they later married).  The group was surprised to find out the original alto did not plan to return either.  She shared with the group that she had been approached by another management team with a recording offer that would benefit her and her family.  This left just James and Theresa from the original group.  That original music was recorded with new vocals, but was never released.  Over the years, the personnel have changed, but with James and Theresa as pillars, the vision remains the same.  The Carlton Singers currently  include Theresa Nickens (S, A), Ronita Ruiz (S, A, T), Stephanie “Nikki” Bates (S, A, T), Jerissa Gregory (T, A), and James Carlton (pianist/writer).  Since hitting the Hampton Roads scene years ago, the group has continually expanded its horizons, gigging throughout the east coast.  The group has been blessed to perform with many great gospel and jazz artists. Ultimately, it’s The Carlton Singers’ live show that generates the most enthusiastic reviews.  They drive the audience to a sweat-crazed dance extravaganza.  They combine fun, efficiency, and exciting originals.  The Carlton Singers  set the table and invite you to

For more information, a copy of the new
The Carlton Singers CD “Live At The Omni,”
Their debut CD ‘In Pursuit,” the “On Fire” Cd,
or merely to ‘chew the fat,’ contact: 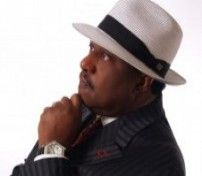